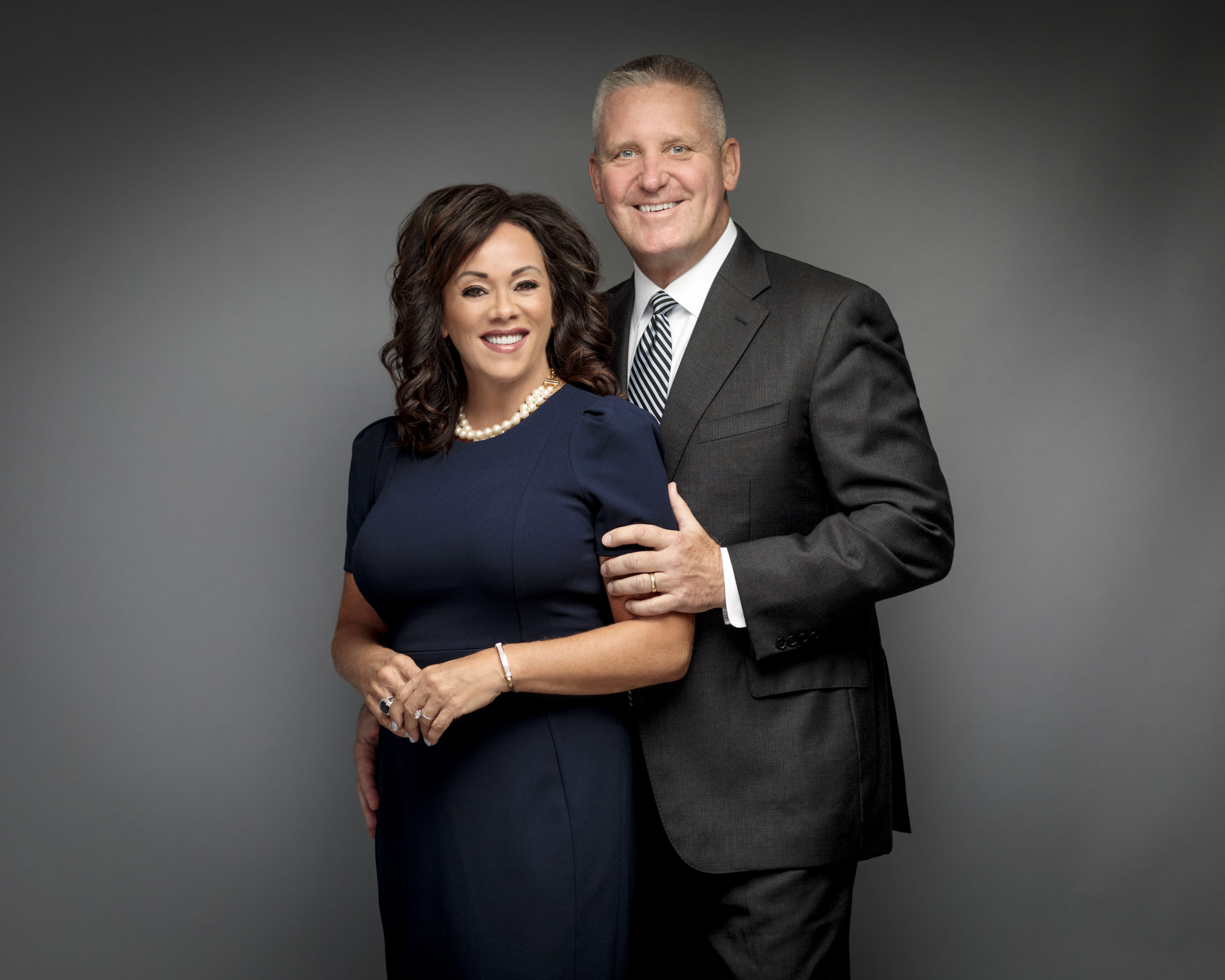 Ana Stevenson has been a resident of Naples since 1962.  After spending almost, a decade in the banking world, she married her soul mate Jon of 32 years. Ana has set out to address a need in the community she loves. After meeting the person that would change her entire view on the issue of human trafficking, Ana and Jon founded Path2Freedom in April of 2015. She has received her Core Competency Advocacy and the Sexual Exploitation Curriculum Certifications.

“Nothing is more important than God’s calling for your life. Sometimes God calls us into areas we would never have imagined. You must become comfortable with the unfamiliar and the unknown, for therein lies your treasure!” –Ana Stevenson

Jon Stevenson Jr. has been Naples resident for the past 20 years, and happily married for the last 32 years. His professional career spans three plus decades in the enterprise computer software industry. Jon has held direct sales, sales management and leadership positions in two of the largest firms in the industry (IBM and Hewlett Packard), and in a series of start-up software companies as an investor and founding leadership executive. Jon’s approach to life is best described in his Personal Mission Statement, which is to “Live life to it’s fullest with balanced commitments to Faith, Family, Health and Career”. Jon strives to model a servant leadership lifestyle and is currently the Executive Director and Board Chairman for Path2Freedom, Inc.

“Never the Same since Meeting the One.”

Brittany stood at the front of the room with tears streaming down her cheeks. Her head slowly dropped facing the ground in shame. There was a profound look of fear and pain on her face, yet she spoke with remarkable courage in recounting her story. Deceived by an extended family member, she was enslaved in a sex trafficking ring for two and years. Brittany was drugged and forced to have sex daily, and in one instance, with over 50 men in one night. Simply unimaginable is it not? A few months into her nightmare, she was impregnated by her trafficker and still forced to have sex through her first 6 months of pregnancy. Days after the birth of her child, Brittany was forced back into the commercial sex trade. She begged God to end her life. The pain and suffering became no longer bearable.

On Friday, January 30, 2015, I was one of a handful of people invited to a meeting to hear from Brittany, a sex traffic victim survivor, as she shared her story for the first time. It was shocking, to say the least. That encounter radically changed the course of my life. Her story moved me deeply across a spectrum of emotions, from sadness to disbelief, then outrage, and ultimately to a driving sense that I must do something!

Imagine for a moment this victim being your daughter or son, sister or brother, niece or nephew, grandchild, or a family member of a dear friend. How can this be real? Who is there to help these poor souls escape? Who will have the courage to pave a path to freedom for these desperate victims?

In the state of Florida there are no long-term evidence-based trauma facilities for sex trafficking survivors.  We are the first of its kind. Our campus will provide transitional and restorative services, coupled with long-term safe housing for rescued victims of human trafficking. Our program focuses on empowering survivors to become independent and self-sufficient through a wide range of services, including counseling, medical care, educational and re-employment assistance, social re-entry, and spiritual reconciliation.

Most find it difficult to believe this pervasive problem is happening right here in our local communities. Florida has one of the highest occurrences of human sex trafficking in the United States.  Every rescued victim like Brittany deserves the opportunity freedom brings, and a future filled with promise.

Our plans are ambitious and realizing them will only be possible through your kind contributions.

You can help us make a difference!